| | |
An Initiative to End Division and Regain National Unity 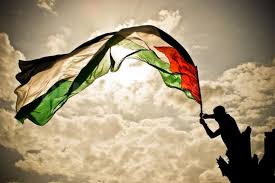 An Initiative to End Division and Regain National Unity

This initiative comprises a comprehensive package to be implemented in parallel in accordance with an agreed timetable and coincides with the formation of a committee that includes credible nationalist figures to ensure its implementation and judge those who might hold it up.

Secondly: Initiating a comprehensive national dialogue for a short period of time (a maximum of two weeks).

Thirdly: Agreeing on a national program that embodies common denominators with the aim of achieving Palestinian legitimate national rights. This program should include using international legitimacy to maximise achievements that are possible during this phase and should focus primarily on foiling Trump's “deal of the century”. A national army should be formed that integrates the military wings of all the various factions and implements whatever strategy is agreed as well as the decisions of the unified leadership. Any decision relating to resistance or negotiations is to be taken within unified national institutions.

Fourth: Forging agreement on the bases of genuine partnership that are commensurate with the working principles of the national liberation phase.

Fifth: Formation of a national unity government that will carry out the following tasks within a maximum period of one year:

Ending the Fatah’s dominance over the Palestinian National Authority (PNA) and the PLO and ending Hamas’s control over Gaza.

Unification of the civilian and security services in a manner that merges staff on the basis of priorities, requirements and national interests in a manner that eschews the practise of staff quotas based on factionalism.

Holding presidential and legislative elections, ensuring that they are free and fair and that their results will be respected and forming a national unity government irrespective of the results of the elections.

Sixth: Convening a leadership meeting with the participation of representatives of all factions comprising the political spectrum, women, the youth and the diaspora. The meeting should establish a committee that will prepare for the convening of a unifying Palestine National Council (PNC) within a maximum period of one year. The members of such a PNC would be elected wherever elections are possible and will be selected by consensus on the basis of objective principles where the holding of elections is not possible.

This initiative is the outcome of efforts, initiatives, conferences, workshops and meetings held by Masarat since its establishment in 2011, in which thousands have participated at home and abroad. All those activities resulted in the conclusion that it is necessary to create a national stream that transcends geography and factions, and that will exert political and popular pressure to impose an end to division and to regain unity.