The two-day annual conference of Masarat Center entitled “The Palestinian Cause… Future Trends and Strategies for Change” represented a step forward in the use of future studies and strategic thinking techniques, which the center has been applying for years, and is currently working towards creating a quantum leap forward in this regard as soon as possible.

The conference’s concept paper stipulated that the papers to be presented shall adhere to the future foresight methodology and the analysis of anticipated scenarios, factors and indicators that affect the direction of the track leading to each scenario, based on the current situation.

Moreover, The paper proposed four scenarios, which are: the continuation of the current situation, which is an unlikely scenario, the revival of the Palestinian-Israeli settlement illusions once again, and such scenario is improbable, continuity of imposing Israeli unilateral solutions by force through the creation of a fait accompli status and making greater endeavors with respect to settlement, annexation and possibly displacement, noting that this scenario is possible, yet, it is currently being applied, and eventually, the national salvation scenario, which represents the preferable option as it must be pursued. On the other hand, the concept paper requested the researchers to study each of these scenarios over the next few years, while the presented papers varied in their degree of commitment to such methodology and the availability of scientific requirements and other matters.

The attempt to employ future foresight methodology and scenario based analysis is particularly significant and considered as thinking outside the box, whereas the Palestinian elite, especially the political one, are accustomed to limiting their thinking to a single scenario, while insisting that it’s the only one, as it’s either black or white for them. Normally, such a process is based on prediction, divination, experience, incidents and imagination, and lacks realities or a scientific research methodology that links the future foresight methodology to the planning process, the thing which helps in affecting the course of events so as to serve the preferred option.

Taking as an example the Palestinian Authority, which formed a core element of the Conference’s topics, under the title “The Future of the Palestinian Authority Between Survival and Collapse”, we perceive that some people demand the dissolution or collapse of the PA, without considering the difference between the two concepts; whereby the PA’s dissolution is deemed as a volitional decision that is built on thorough studies and takes into account the subsequent events in the next day after the PA’s dissolution. Additionally, it is crucial to find an alternative to the PA so as not to be replaced by chaos, rampant insecurity and the emergence of multiple powers, as was the case towards the end of the glorious first intifada. In the event that such a situation is repeated nowadays, the Palestinian Authority could turn to multiple authorities/emirates which compete with one another, while the Israeli occupation shall be their reference.

Nonetheless, the scenario of the PA’s collapse is unacceptable, as such scenario occurs as a result of a combination of several internal and external factors, or a purpose intended by the Israeli occupation, or an evolving situation in which the PA is unable to provide funds, institutional effectiveness and service-delivery while losing the rest of its legitimacy. Furthermore, this scenario may happen as a consequence of the occupation’s response, which will firmly reject the transfer of the PA from an authority that is restricted by humiliating commitments into a “neighboring power” to the resistance and serves as one of the consolidated PLO’s tools which seeks to provide the elements of steadfastness and Palestinian presence on the land of Palestine.

Addressing the issue of PA in an integrated manner indicates that the possibilities of the PA future aren’t limited to its survival, dissolution or collapse. However, it could remain a weak Authority as at present, or become a stronger Authority than it is today, as it was soon after the signing of Oslo Accords, also, the PA could become weaker after the elimination of its remaining political role, and consequently, it shall either accept “Trump’s deal” or pave the road towards ending the occupation and embodying the Palestinian State.

Despite of the above, the prevailing mindset refuses to consider all of the possibilities of the PA’s future, as it has consistently focused on one or two possibilities as a maximum while neglecting the others. Some people believe that the solution of the Palestinian State establishment has entirely terminated, therefore, the collapse or dissolution of the PA is inevitable, or that the one-state is already existing, or the only option presently. On the other hand, other people believe that the alternative to the Palestinian State’s national independence shall be “Greater Israel”, which includes the land without the inhabitants.

According to the future studies approach, it is necessary to study all scenarios, including what seems to be impossible, whereby some scenarios were described as miraculous or disastrous as a result of their impossibility, and their incidence rate was set at 5%, noting that these scenarios will only occur in the case of “random incidents”. Moreover, this approach requires raising questions about the possibility of a certain matter despite that it is seemingly impossible or raising questions about the impossibility of the occurrence of a matter while it is certain to occur. The future studies approach professors put forward an example in this regard, indicating that several great military commanders stated that although plans were set up on the basis that the enemy shall attack them from all four sides, they were surprised that they were attacked from an unforeseeable fifth side.

In order to recognize the importance of the consideration of various scenarios, we shall keep in mind the mistakes made during the earlier Palestinian experience, when the road of liberation focused initially on armed resistance, while other forms of political actions and struggle were highly neglected. Afterwards, the focus shifted to negotiations as a sole and eternal approach, and presently, the focus started hesitantly to bring together the forms of struggle and political action, whereas multiple forms can be practiced simultaneously, in addition, such forms can be practiced alternately, as one form can be applied when the other form is suspended and vice versa.

In all cases, the combination of political action and struggle forms is extremely significant, as resistance and political action complement each other to the extent of saying that “resistance cultivates and politics harvest”, nonetheless, some people still believe that armed resistance is the only helpful and beneficial way towards liberation, to the point of questioning the usefulness of Israel boycott, noting that it is the biggest concern for Israel currently due to the material, moral and ethical damages it entails.

Masarat Conference presented a more serious and scientific rehearsal than the previous ones, however, this rehearsal shall reach the required standard when it makes better use of information, despite of its limited accessibility, and when the scenario analysis is strengthened with scientific indicators along the path of establishing such kind of science or art (future studies), whereas scientists had a disagreement about the future studies’ definition, as some of them consider it science, others deem it as an art and a third group believes that it is science and art at the same time.

Therefore, some research centers which are concerned with strategic thinking connected the future foresight methodology with vision, given that vision is also built upon imagination, which in turn enhances the vision with perceptions of what the future shall be. Hence, we find writers and artists within the staff of strategic thinking research centers, so as to make the best use of their ability to imagine, without which the future foresight approach and the preparedness for affecting the future wouldn’t be achieved. After all, we don’t study for the sole purpose of learning or for the sake of knowledge itself only, however, we look forward to employing such studies within a context that shall serve the objectives and dreams of the Palestinian people.

Based on the above, we observe that the presented papers which included different scenarios placed emphasis on the preferable scenario, the national salvation scenario, believing that many factors support and recommend such scenario, therefore, they called for working towards the achievement of such scenario and providing its requirements in order to avoid the occurrence of the bad or even the worst scenario which doesn’t serve the interest of Palestinians.

For the first time, Masarat Conference was characterized by offering a platform for youth, whereby 20 young men and women participated, in groups, in the preparation of papers regarding different topics of the Conference, and the presentation of major interventions, where all of them had risen to the occasion. The involvement of youth in conferences was made possible after paying special attention to the youth, since they are the people of energy, efficiency, creativity, and hope for the future.

In addition, over 150 youth has participated in the preparation and publication of policy research and papers issued by Masarat Center since its establishment in 2011. Also, four batches (90 male and female graduates) graduated from the program of strategic thinking and policy development, and the Center is preparing for the graduation of the fifth batch next month.

Since the launch of the strategic thinking and policy development program in 2015, 120 young men and women has participated in it, as they acquired skills and knowledge. Moreover, each participant presented a position estimation paper, also, the participants presented, in teams, policy analysis papers and facts sheets. It is worth mentioning that all participants are members of the Palestinian Youth Policy Forum, which is supervised by Masarat Center, the place where the relationship of young graduates and the Center is further strengthened. Furthermore, youth are offered the opportunity to develop research papers which are subject to revision and auditing in exchange for rewards, on an equal footing with writers and professional researchers. 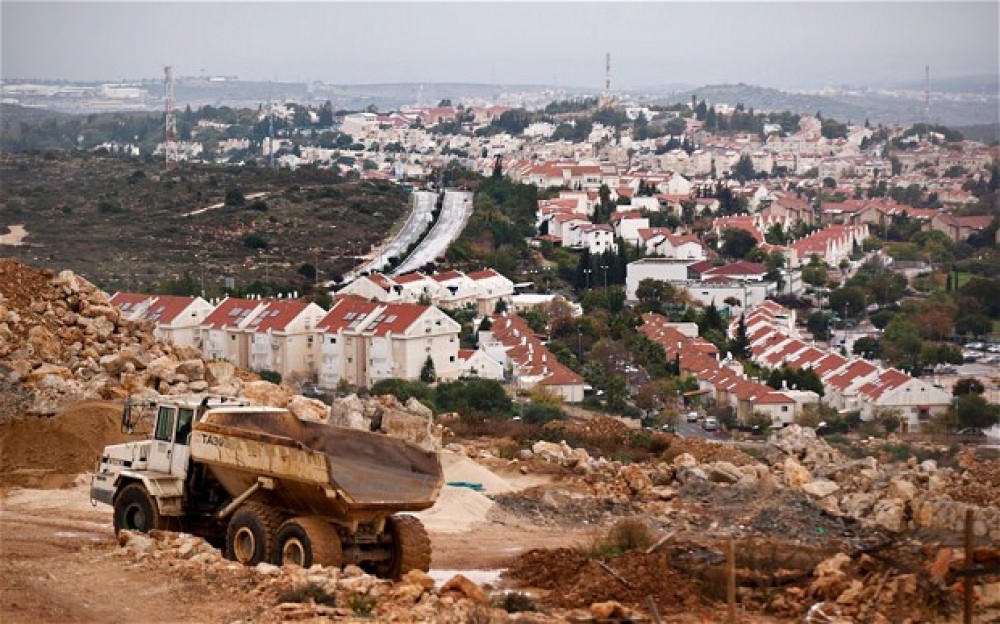 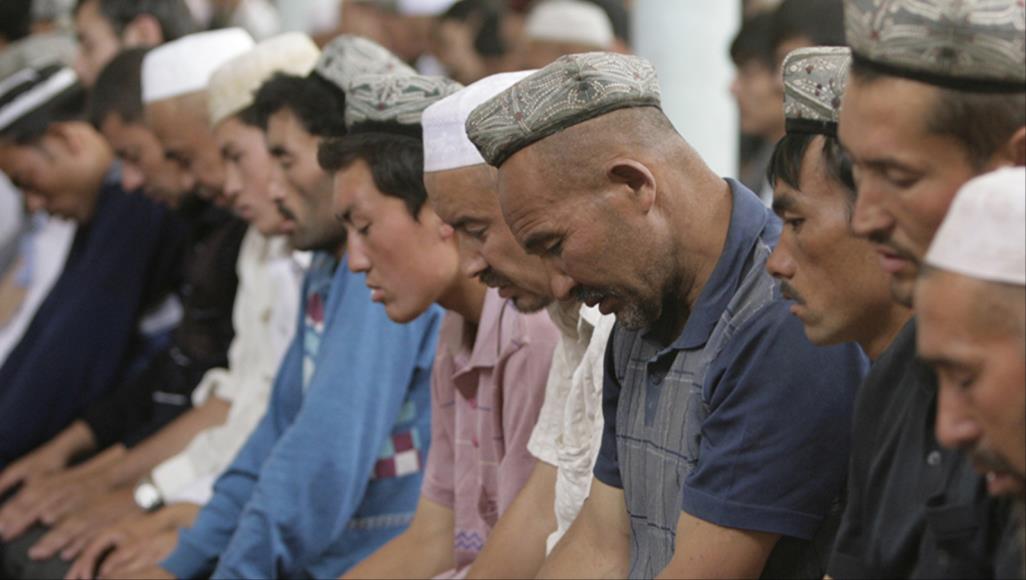 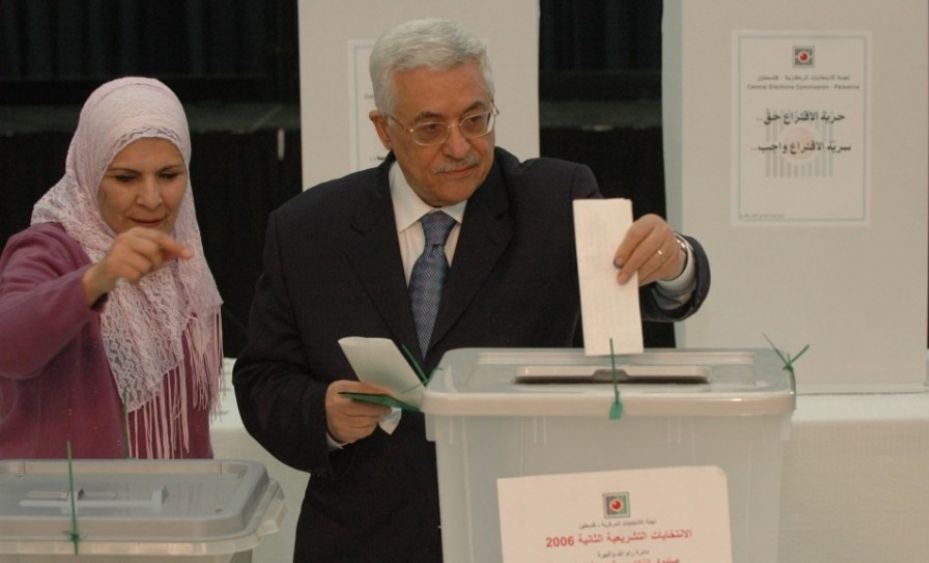