| | |
JUMPING ON THE BANDWAGON

"U.S. Secretary of State Mike Pompeo has invited the Palestinians to present a counter-offer if they have problems with Trump's vision," says Palestinian commentator Hani al-Masri on the independent Palestinian news-portal www.masarat.ps.

Many foreigners, Arabs, and Palestinians have jumped onto the invitation bandwagon, most notably [former U.S. Mideast peace envoy] Dennis Ross and [former U.S. state department official] David Makovsky, who wrote an article calling on the Palestinians to change their stance on dealing with Trump, and present a counter-offer that puts Pompeo's invitation to the test, because in its absence, Trump will agree to annexation.

They blamed the Palestinians for wasting opportunities by rejecting offers from Bill Clinton, Ehud Olmert, and the Barack Obama administration. However, the proposals presented at Camp David Summit [in 2000] and beyond were not meant to achieve a solution, but to unmask Yasser Arafat, as [former Israeli PM] Ehud Barak admitted at the time. He has also recently revealed that Clinton's post-summit statement [blaming Arafat] was drafted by the Americans and Israelis. And Olmert was unable to persuade his foreign minister Tzipi Livni of his [2008] offer, which he only made in attempt to avoid his eventual prison sentence, while John Kerry's [2014] plan was torpedoed by Netanyahu.

All these offers involved dividing the West Bank between the Palestinian state and Israel to varying degrees, liquidating the Palestinian refugee issue (the Palestinian cause's essence and core), and adopting Israeli security as the basic term of reference for any agreement. Even with all that, no one can guarantee that Israeli governments will adhere to such an agreement, should there be one. The most important and decisive issue is not the text, but whether the conditions and ability to implement it are available. Negotiations cannot secure more gains than are already actually possible.

Ross and Makovsky added that it is time for the Palestinian leadership to change their mechanism of interaction with what is on offer instead of simply repeating tired slogans, and to make preparations instead of waiting for someone to come to their rescue. After all, history has taught us that no one will.

I agree with them on one point, namely, that waiting is not an alternative, nor is it capable of frustrating Trump's vision; it will ultimately force the Palestinians to coexist with the situation that will be imposed on them, and no one will save them, unless they save themselves. Otherwise, I disagree with everything else they suggest, because Pompeo's invitation is an obvious trap set for the Palestinians, and he knows that they cannot present a counter-vision that differs from or lesser than their existing offer.

Whether they agree to engage in the kerfuffle of offering a new counter-vision or not, they will find themselves quickly slipping towards negotiating on Trump's vision because that is the only game in town, thereby placing them in the difficult position of either agreeing to what they have so far rejected, in other words committing political suicide, or returning empty-handed. Agreeing will lead to more inter-Palestinian disputes and the Palestinians will become more fragmented and divided. Their leadership will lose whatever trust and credibility it has left because it would have changed its opposition to Trump's vision and engaged with the administration simply because Pompeo has extended an invitation that has no real collateral and is merely a call to present a counter-vision.

And if they refuse to concede what is demanded of them (which is Pompeo's true goal), the Trump administration will invoke Palestinians' new refusal to justify approving the annexation, which is slated to begin in July.

Moreover, the Palestinians already have a counter-vision that the president [Abbas] has presented repeatedly. It is based on the establishment of a Palestinian state along the 1967 borders with a land swap and agreeing to a just solution for the refugee issue via an international conference that breaks the pattern of the U.S.'s unilateral sponsorship of the negotiations. Although I oppose this vision on the grounds that it proceeds down the same track that has led to a dead end and reproduces delusions, losing wagers, and miscalculations about a negotiated settlement and the ability to convene an international conference given the current conditions and balance of power, the point is that it exists and is well-known.

Ross and Makovsky's proposal is consistent with Pompeo's allegations holding the Palestinians responsible for wasting opportunities, although they have offered major concessions, such as recognizing Israel's right to exist and an agreed solution [with Israel] for the refugee issue, the principle of a land swap, and a demilitarized state. It portrays the U.S. position as inconclusive and subject to change, and disregards the fact that the annexation that the incoming Israeli government may enact is part of Trump's vision, which is not intended to reach a settlement, but rather to liquidate the Palestinian cause in its various dimensions.

True, Pompeo's offer reveals the Trump administration's predicament, namely, that there is widespread global opposition to its proposal, in addition to certain Israeli parties, research centers and security and military and circles' opposition to annexation. Most importantly, it lacks a Palestinian partner, which makes it an attempt to impose an Israeli solution by coercion, rather than via peace and prosperity as purported, which will result in clashes and threaten security and stability.

But the U.S. administration will not retract its vision, especially since Trump is in greater need of support from neo-conservatives and evangelicals given the decline in his popularity and in his chances of winning [the next election], especially after his abject failure to address the coronavirus pandemic.

The truth about the U.S.'s position, which Ross and Makovsky are trying to ignore or cover up, is that a U.S./Israeli committee is drawing up the map that will determine the territories to be annexed, and one of the objectives of Pompeo's visit is to approve it.

Pompeo may try to persuade Netanyahu to declare his government's approval of Trump's vision in full, rather than cherry-picking what he wants from it and leaving the rest, such as putting an end to settlement expansion and new settlement outpost construction, and inviting the Palestinians to negotiate – terms that may lessen global opposition to the plan and make it easier for some Arabs to engage with it. This is the more likely possibility, especially if hardline [right-wing Israeli party] Yamina, which opposes approving the U.S. vision as it stands, does not participate in the incoming government.

The truth about the U.S. position is revealed in U.S. Ambassador to Israel David Friedman calling for haste in annexing the Jordan Valley and settlements. To him, relinquishing Hebron and [the Israeli settlement] Beit El is just as impossible as the U.S. relinquishing the Statue of Liberty, while Trump prefers annexation to be in agreement with the Palestinians rather than unilateral. Yet if the Palestinians do not agree to the annexation, it will still be a foregone conclusion.

Another argument that is being bandied about is that the Palestinians need to leverage the terms of the Likud/Kahol Lavan alliance agreement that require maintaining peace agreements, not closing the door to reaching new ones, and maintaining regional stability and Israel's strategic and security interests. Those peddling this view disregard the fact that there is no mention of the Palestinian leadership, the PA or people in the Israeli coalition agreement, to rely on.

There are only two scenarios in which the terms in the Netanyahu/Gantz agreement can be activated and leveraged in the Palestinians' favor:

First: The establishment of Palestinian national unity based on a single partnership and strategy, which includes embarking on resistance with the potential to transform it into an intifada. In that case, Israel will fear for its stability, security and strategic interests, and for its treaties with Egypt and Jordan, and its ability to strike new agreements will be threatened.

Second: A Jordanian position threatening to cancel the [1994 Jordanian/Israeli peace treaty] Wadi Araba Treaty should Israel proceed with annexation, which was necessarily enacted post-Oslo due to the interaction between the Palestinian and Jordanian elements, since annexation has dangerous implications for Jordan and its security.

If the Palestinians were to offer what is being asked of them, i.e. a new proposal that adapts to the U.S. vision, it will lead to a greater disaster than that we are currently experiencing.

The U.S and Israel are actually demanding that the Palestinian leadership relinquish its vision and even the bare minimum of Palestinian rights by agreeing to negotiate based on Trump's vision while working to improve it and mitigate its evils, whereas in reality it is a poisoned concoction, and pouring honey over it will not neutralize its deadly venom.

As important as collective Palestinian rejection of Trump's vision is, it is incapable of thwarting it alone. If it continues to be suspended in the air without a firm foothold on the ground via a concrete strategy and plan as the [Fatah/Hamas] split persists and deepens, along with continued verbal [PA/PLO] threats to implement decisions to cancel agreements and relations [with Israel] taken years ago, while everything has remained the same, it will not only fail to thwart the conspiracy, but will rather help to pave the way for it.

A Palestinian strategic response is required that is commensurate with the strategic existential threat to the Palestinian cause, homeland, and people in their various forces and figures.

"Till this moment, there is no sign of this, and we await someone to sound the alarm and take the initiative," concludes Masri. 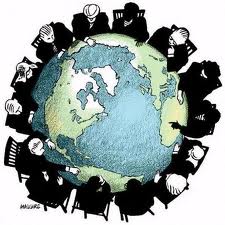 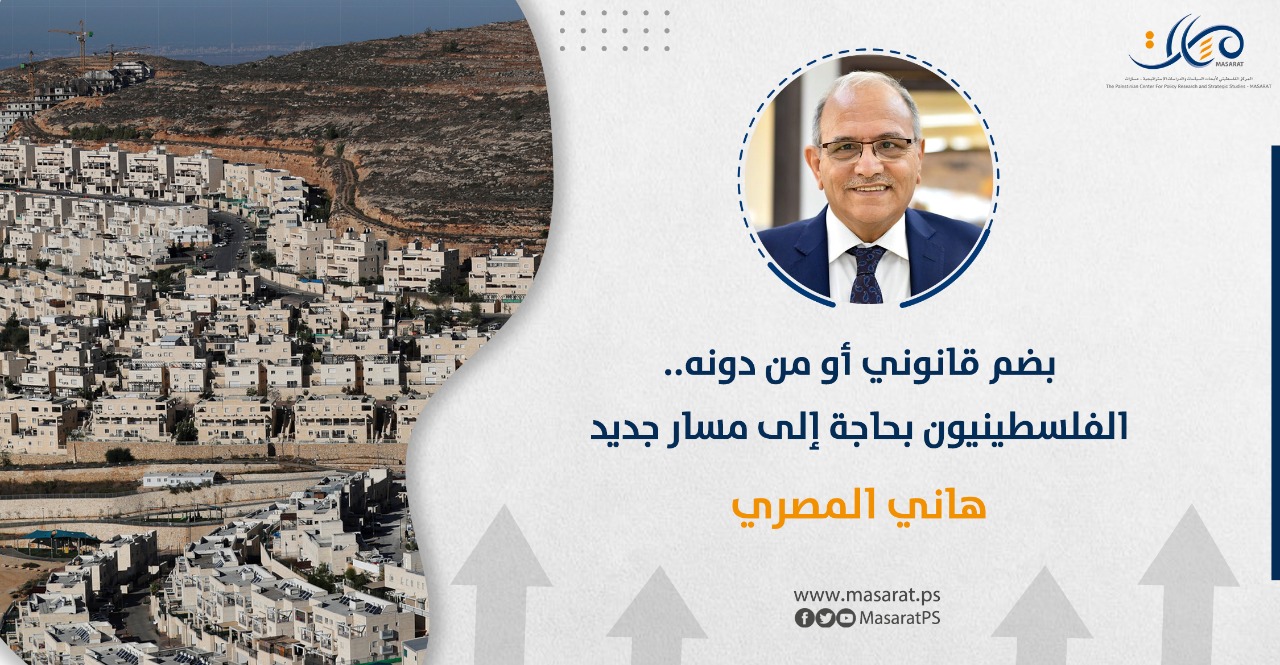 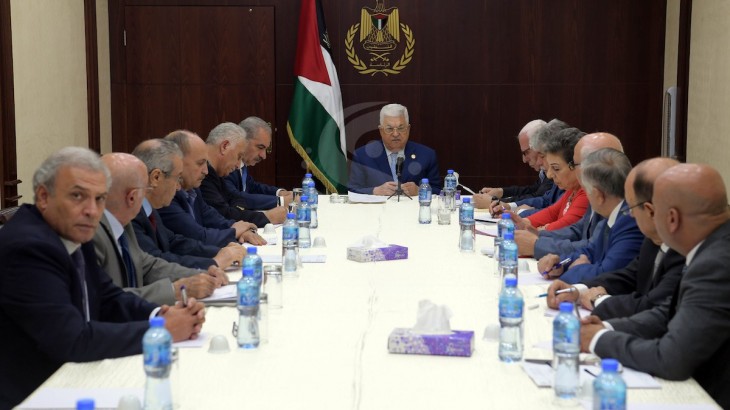 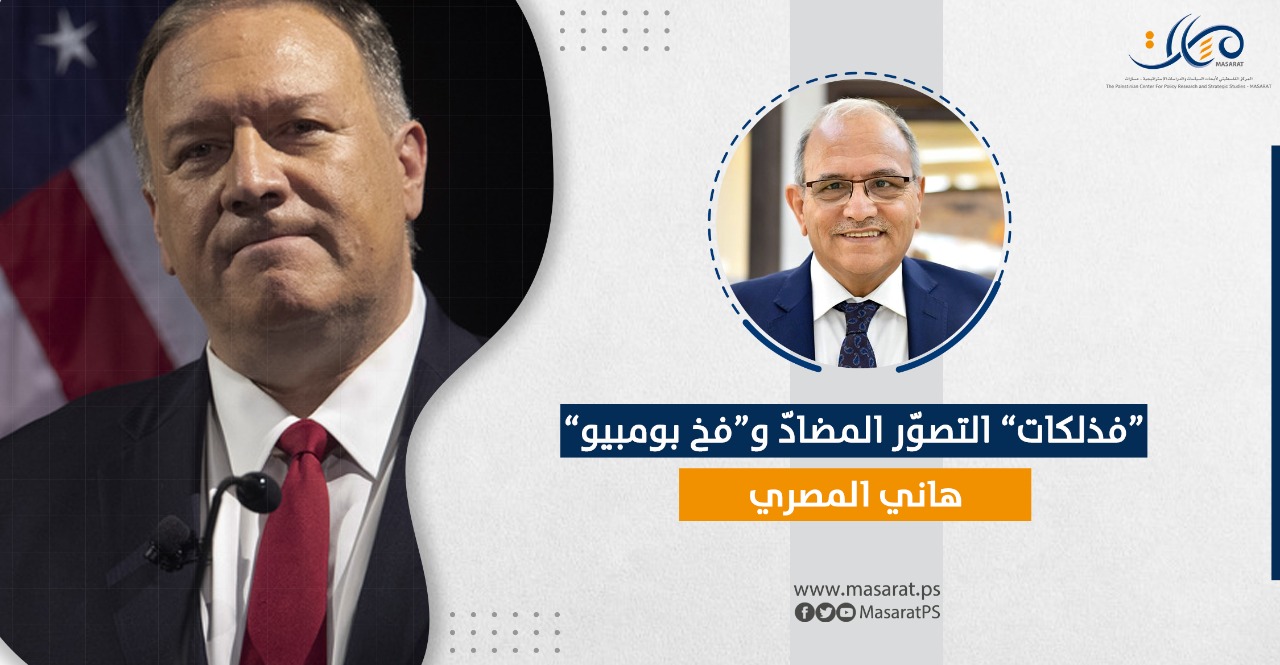