"After fifty hours of fighting and bombardment that left 45 dead, half of them women and children, and 360 wounded, a ceasefire agreement was reached in the Gaza Strip" recounts Palestinian commentator Hani al-Masri on the independent Palestinian news-portal www.masarat.ps.

In return, Egypt committed to work on the immediate release of Khalil al-'Awawdeh, a prisoner on hunger strike and the release of captured leader Bassam al-Saadi as soon as possible.

This round of escalation, dubbed the Battle of United Fronts by Islamic Jihad, is the continuation of the aggression campaign the occupation is waging against the Gaza Strip, which has been under siege for 15 years. Since then, Israel has mounted four operations against it, leaving over 4100 dead and some 20,000 wounded (the total Palestinian death toll since 2006 is over 7,000) and destroying tens of thousands of residences, as well as several rounds of escalation and military clashes at various intervals, most often ending with a ceasefire and the return to the equation governing the Strip: Calm in exchange for facilitations and easing the blockade.

First: Islamic Jihad has proven to be an effective and capable force once again. The first time was when it waged a military campaign alone in response to Baha' Abu al-'Atta's assassination in 2019. It also proved capable of enduring a military confrontation with the occupation forces and holding steadfast for fifty hours, during which it continuously fired 1,000 rockets and projectiles at large parts of Israel, inflicting great material and moral losses, if not many human casualties.

Second: Although Hamas' purposes and motivations for not joining the fray are valid, its position created a rift in the Joint Command Room and the united front between the resistance factions, of which Hamas is the backbone.

Of course, to explain Hamas' stance, it is crucial to recognize that this is not the appropriate time politically, economically, or militarily for a broad battle that the occupation has decided suits its schedule. The world is distracted with the events in Ukraine, U.S./Chinese tensions in the wake of House Speaker Nancy Pelosi's visit to Taiwan, the mounting tension between Hezbollah and Israel over gas extraction rights, and the resumption of the Iranian nuclear talks, which are just as likely to succeed as to fail and whose outcome in either direction will have a significant impact on developments in Palestine, the region, and the world.

Third: The occupation government's objective from this war was to subvert the results of the Palestinian uprising and the rebellion of Palestinians in Palestine, specifically Operation Sword of Jerusalem of May 2021, which established the unity and interdependence of the cause, the land, and the people and the integration of popular and armed modes of struggle.

This year, the occupation authorities have managed to score points for their side, especially in holding the Flag March on May 20th with an unprecedented turnout, and the ongoing, escalating killings, incursions, assassinations and arrests in the West Bank, culminating in the degrading arrest of leader Bassam al-Saadi. This is in addition to implementing the scheme to divide al-Aqsa compound's area and hours and its expansionist, aggressive and racist plans in general, especially in terms of expanded land seizures, ethnic cleansing, and an unprecedented increase in settler numbers, with the number of settlers in the West Bank approaching one million.

Of course, this does not negate or diminish the importance of the mounting resistance we have witnessed, or the rise and popularization of the Jenin brigade phenomenon, or the continuation and escalation of popular resistance in many locations.

Fourth: What happened in the recent battle highlights the danger of lacking a comprehensive vision and strategy and a unified leadership. The presence of some forms of political, popular, and military unity on the ground does not mitigate this. Nothing can replace the essential requirement of determining where we stand now: On the brink of Israel's demise and in the phase of strategic attack, or in the phase of passive or active strategic defense? Blustering statements and exaggerating the resistance's strength while downplaying the enemy's power are detrimental and fail to account for the Israeli progress in the past several days, and indeed this entire year – not to diminish the importance of Palestinian steadfastness and resistance.

Along with the question 'Where do we stand?', it is imperative to ask: What do we want to achieve in the immediate, medium and long term? And how will we achieve it, with what alliances and phases? We must not be content to reiterate our commitment to liberation and resistance, for all their importance.

And if total unity is currently not possible, it is beyond urgent for most forces, movements, and actors to unite on a common program as a prelude to achieving, or rather imposing, total unity. Under a united framework, no single faction can decide to escalate to release its captive members, when no similar action was taken in response to everything the occupation authorities have been doing all year long, especially in Jerusalem.

We are governed by the formula of economic peace and security cooperation in the West Bank, and by the formula of truce after truce punctuated by military clashes in the Gaza Strip. Neither formula, despite the disparity between them, changes the equations and governing rules of the conflict. The accumulation of minor and major victories is the key to achieving great victories, and this is impossible to achieve without a single leadership, vision and strategy. Here, the PA's stance condemning the aggression is not enough. In fact, it is misguided unless it is accompanied by changing its deplorable path, or at least taking substantial steps to that end. We must stop relying more than necessary on others in one corner or another and on potential changes and wars in the region and world. If we are not ready, others will be no help to us. They will not fight in our place, and if they reach treaties, we will be alone. If an opportunity arises, we will not be able to seize it, and if danger arises, we will not be able to confront it.

Fifth: In this battle, the occupation did not achieve many of its goals. It failed to impose its terms on Islamic Jihad despite the latter incurring major losses in its ranks. The enemy seeks to eliminate Islamic Jihad or significantly weaken it, since the occupation authorities consider it a resistance group unbound by the PA's constraints, as well as an extension of Iran. This was not achieved. It sought to sever ties between Hamas and Islamic Jihad, which it achieved in part. It sought to establish a long-term ceasefire, which was not achieved. The Israeli government also sought to boost its chances in the upcoming elections. This remains to be determined from the results of opinion polls first and in the upcoming elections in November.

Islamic Jihad was also unable to dictate its terms, as is evident from the fact that the commitment to release 'Awawdeh and Saadi was given by Egypt, not Israel. However, the battle reinforced the connection between the Gaza and West Bank struggles, with the prisoners as the catalyst this time around.

Finally, Gaza, its people, and its resistance movement should not be burdened with more than they can bear. Gaza does not represent all or most of the Palestinians and it is doing its part. It is imperative to explore how to mobilize all the Palestinians, especially in the presence of a unified Palestinian stance towards the aggression, but while lacking unified steps. Once again, this is a necessary and increasingly urgent issue, and a unified vision, strategy, will, and leadership is required to achieve it.

"Otherwise, our steadfastness and resistance cannot be translated into victories," concludes Masri. 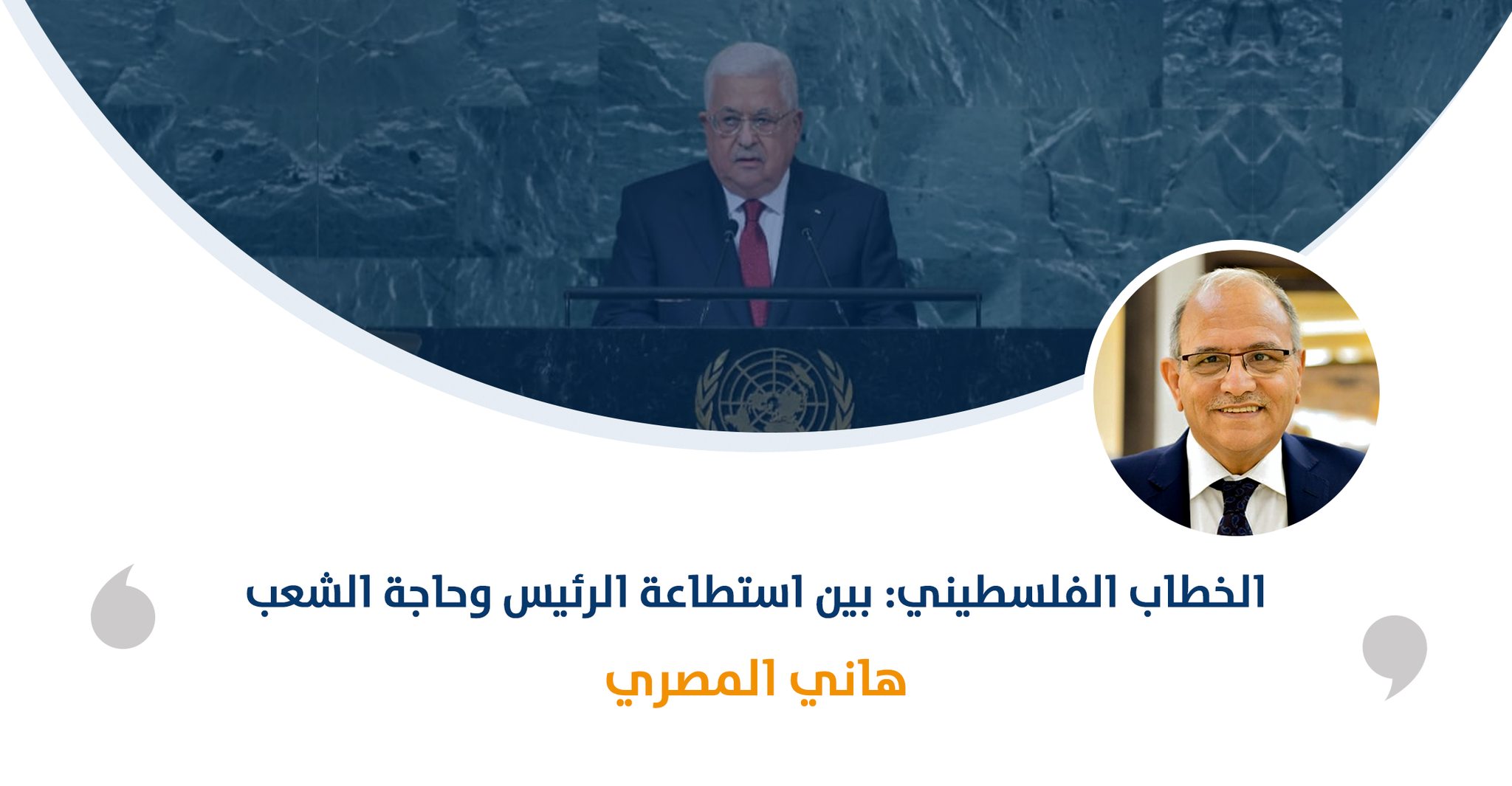