"The [June 25th/26th] Bahrain workshop comes within the framework of the 'deal of the century', which is being imposed on the ground by creating more racist, colonial-settler occupation realities with the object of leaving the Israeli solution as the only viable and practical solution on offer," maintains leading Palestinian commentator Hani al-Masri on the independent Palestinian www.masarat.ps.

The Palestinians were neither too hasty nor mistaken when they rejected the U.S. plan known as 'Trump's deal' before it was officially presented, because the writing is on the wall. The plan seeks to liquidate the Palestinian cause rather than reach a settlement in its regard, as evidenced by its very beginnings with the U.S. decision to move its embassy from Tel Aviv to Jerusalem, recognize Jerusalem as the capital of Israel, and close the U.S. Consulate that had been operating in Jerusalem since 1844, on top of the decision to dissolve UNRWA and cease all U.S. aid to it, calling upon it to change the definition of a refugee by limiting it to those born in Palestine before 1948, and to resettle the refugees wherever they have been displaced, while also encouraging them to be resettled elsewhere.

Add to that legislating and encouraging the expansion of further Israeli settlements, adopting the Zionist narrative of the conflict, stopping aid to the Palestinian Authority, shutting down the PLO office in Washington, rejecting the establishment of a Palestinian state, and otherwise turning Israeli security and the status quo that Israel has imposed after 71 years since its establishment and 52 years since its occupation of the 1967 territories, as the point of reference for negotiations and a solution at the expense of Palestinian cause and rights, and on top of the ruins of international law and legitimacy.

Based on the above, the U.S. plan's objective is to liquidate the Palestinian cause in all its aspects, using imposition, force, and unilateral steps to establish Israel's preferred solution without negotiation. This approach differs than that of previous U.S. administrations that adopted the policy of conflict management, striving to reach a settlement from time to time by putting forward U.S. plans or by supporting other ideas and plans (albeit ones biased towards Israel) via the negotiation track, while keeping in line with an international framework as at least one source of authority.

In this context, we recognize that Trump's deal does not merely violate and alter the previous rules of the game or cast them entirely outside the box, but changes the game in its entirety and destroys the whole box in favor of one party, without taking the other party's interests, demands, and rights into account.

This radical extremism may be the fatal weakness that will help foil the deal. This would explain the Palestinian consensus on its rejection, which is not limited to President Mahmoud 'Abbas and the PLO and PA leaderships, but includes Hamas, Islamic Jihad, and civil society forces and actors in the Gaza Strip. This is demonstrated by their refusal to attend the Bahrain economic workshop, which they have viewed as akin to a session that is intended to pamper and manicure a woman's fingernails as she strangles someone.

The Trump administration has postponed its plan several times so as to ensure that the appropriate conditions for passing it have matured, especially the acceptance of the Arabs (and the Gulf countries in particular) under various pretexts. Most important was the need to amend the deal so as to enhance its prospects of success, and to hold early Israeli elections in response to PM Benjamin Netanyahu's request, who feared that proposing the plan before the elections would affect his chances of winning amid opposition from some of the more extreme religious and right-wing Israeli parties that seek to annex the West Bank in order to realize the dream of establishing 'Greater Israel'.

In a turn of fate that has made a mockery of Trump, his companions, and his deals, the Knesset decided to dissolve itself after Netanyahu failed to form a new government and in light of the unlikely prospect that anybody else could successfully do so. This will mean another several-month delay in proposing the deal, despite the announcement that its economic aspects will be revealed during the Bahrain economic workshop at the end of June, while the political dimension, which is a hard sell, would be postponed. The latest developments raise the question of whether the workshop will be held as scheduled, or will be postponed until after the next Israeli government is formed.

The Bahrain workshop poses a serious threat in that it will be held in an Arab capital, with an Arab-Israeli-U.S. presence and in the Palestinians' absence, which foreshadows the beginning of abandoning the PLO as the Palestinians' representative, thereby opening the door to for a new era of Arab patronage over the Palestinians to take hold. However, this remains a difficult and unlikely prospect, especially as it seeks to trade Palestinian [political] rights merely to improve Palestinian lives under continued occupation.

The proposal is for Palestinian self-rule under Israeli sovereignty from the river to the sea, in an entity called 'New Palestine', according to a leaked version of the U.S. plan published by the Israeli daily Israel Hayom based on sources from the Israeli Foreign Ministry.

We must warn here about the betrayal underlying the willingness to offer tens or hundreds of billions of dollars to finance a deal with questionable chances of success. No one is really prepared to provide such amounts, which makes such talk nothing more than disinformation aimed at enticing the targeted populations to accept the deal.

No development and prosperity can be achieved; the funding will go towards continued occupation that seeks to improve life under its terms but with the illusion of ending it. In other words, the Bahrain workshop attendees are being asked to contribute to liquidating the Palestinian cause, especially the refugee issue which lies at its heart, by funding the continued occupation so as to give the impression of a resolution to the Palestinian issue, thereby successfully establishing the New Middle East that several previous U.S. administrations have sought to achieve, especially that of George W. Bush.

The Trump administration dreams of achieving this project so as to ensure continued U.S.-Israeli control over this vital strategic area, especially after the huge gas reserves discovered, and the U.S. failure to extract shale oil, which has proven to be economically unfeasible after costing the U.S. Treasury some 400 billion dollars so far.

On top of all that, it has become more urgent than ever to clear the Palestinian issue off the road so as to facilitate the Arab-U.S.-Israeli alliance's actions, promoting Arab-Israeli normalization before resolving the conflict and without Israel's withdrawal from the occupied Arab territories as stipulated by the [2002] Arab Peace Initiative.

This alliance is claimed to be directed against the Iranian threat, but it actually aims at limiting Russia, China, and Europe's progress, as well as Turkey and Iran's, as the world moves swiftly towards global multipolarity and towards regional pluralism that Trump seeks to put the brakes on by any means necessary.

Therefore, whether the Bahrain workshop is held or postponed, and whether Trump's deal is presented or delayed again, the attempt to impose it on the ground is underway and in full swing, via creating more racist, colonial-settler occupation realities that are intended to leave Israel's solution as the only viable and practical option on offer.

Israel and the U.S.'s religious and political right-wings believe and are acting based on the assumption that the Trump administration offers a historic opportunity that they must exploit to the greatest extent possible, so as to realize the all the Zionist movement's goals, especially since such an opportunity may not arise again, and it may be short-lived should Trump fail to win a second presidential term.

Therefore, whether the plan is put forward or not, Palestinian rejection will be used to justify further [Israeli] unilateral steps, which could go as far as annexing parts of the West Bank, especially the settlements. The deal's postponement will be used to divert attention from the new realities being imposed on the ground that are intended to serve as the terms of reference for any future resolution.

What can be done in face of these grave and unprecedented challenges and risks?

"It is not enough to reject the U.S.-Israeli plan while there is, in fact, a serious possibility of foiling it, but this is a matter for another article, concludes Masri. 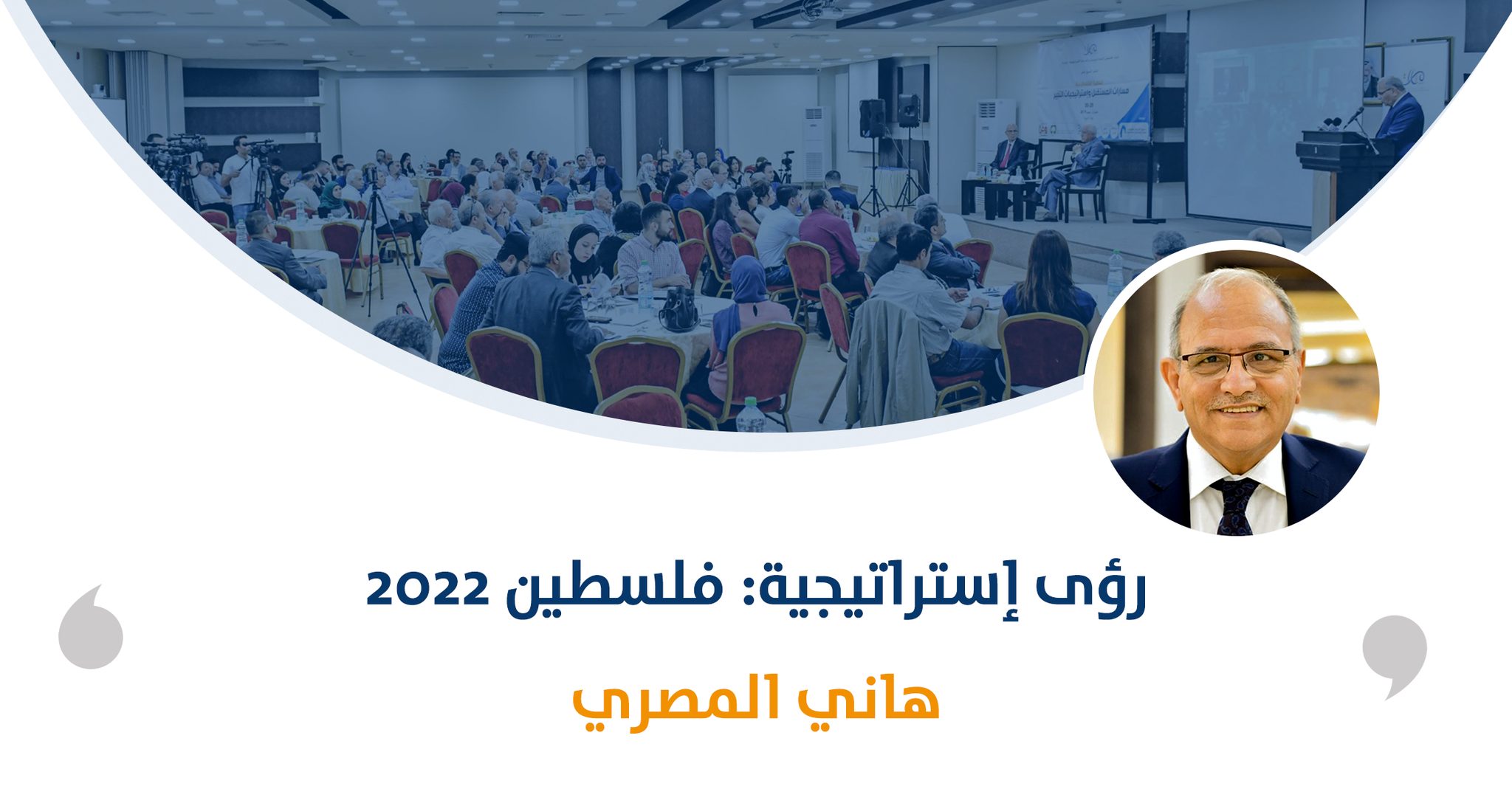 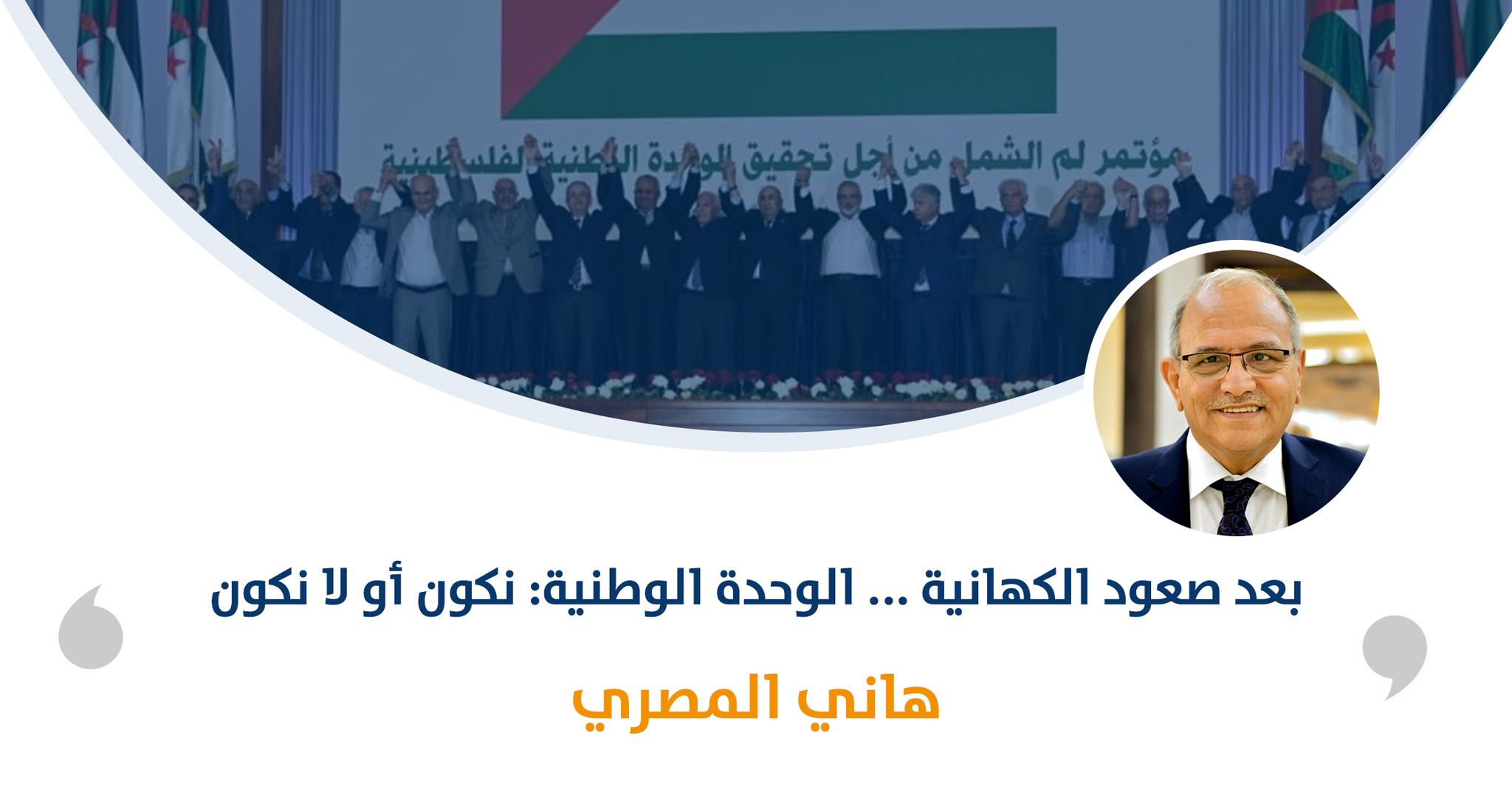 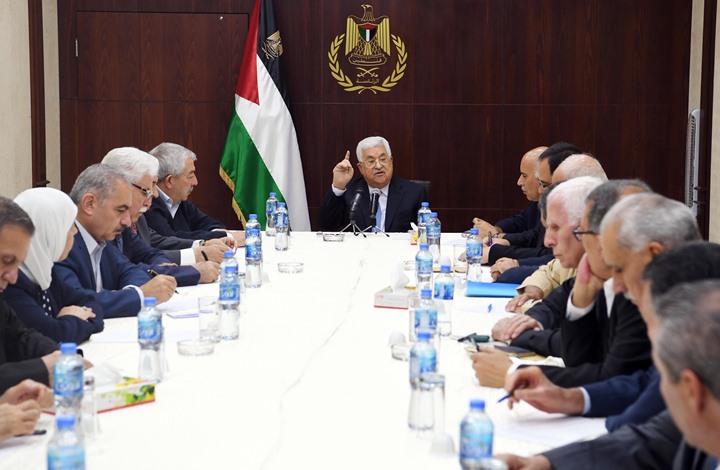