"I say this with complete confidence and without mincing words: Calling for elections in the current Palestinian situation will lead nowhere unless preceded by ending the [Fatah/Hamas] split and consolidating institutions," contends leading Palestinian commentator Hani al-Masri on Wednesday's Palestinian news portal Arab 48.

And if they do occur, it will be a risky venture and a leap into the unknown that consecrate the quota system and a split [Gaza/West Bank] administration, or else a mere maneuver to buy time until we find out who wins the U.S. presidential elections and then act accordingly.

The aim is to achieve tactical goals such as securing the legitimacy of the consensus and brandishing the cards the Palestinians can collect and use if the operation to liquidate their cause were to continue, whereas what we should do is play these cards as part of a unified strategy and long-term struggle, and not as a mere tactic.

We are driven to say this by past failed experiences that hinged on selective dialogue, bilateral agreements, and treating other [Palestinian] factions as false witnesses without accounting for the people's opinion, will, interests, and involvement, while ignoring the fundamental issues of contention and the split's causes and roots. They focused on formal procedural dimensions such as forming a unity or accord government, or empowering it, or holding elections, or convening a secretary-generals meeting, or forming a preparatory commission to convene the PLO' PNC (Palestine National Council) without regard for substance or agreeing on a central strategic national goal, and how to achieve it, and on suitable, fruitful forms of struggle at this phase

For example, it is not possible to move forward without resolving and agreeing that the so-called peace process that began with the [1991] Madrid Conference has ended, and concurring that it is impossible to convene an international conference based on international legitimacy that achieves a negotiated settlement that secures the most basic Palestinian rights without a constant a struggle to change the facts on the ground and the balance of power so bring the occupation to an end and manifest an independent, sovereign state and the remaining rights enshrined in the [PLO's] national program; first and foremost the [refugees'] right of return and restitution.

It is not possible to move forward without deciding on the modes of resistance; it is not enough to talk about popular or other forms of resistance when each party wants it to adopt a very different model, with some demanding armed resistance while others only abiding peaceful resistance, and others adopt a rhetorical or practical mix between the two.

There is no point in holding elections without deciding on the PA's fate and transforming it into a unified authority that serves a unified strategy and leadership. Will we continue to be bound by Oslo, whose provisions we have stopped complying with? Will we hold elections to accord the Oslo PA renewed legitimacy, or state elections? Will they be held in Jerusalem under the existing humiliating conditions stipulated in the Oslo Accords whereby a maximum of six thousand voters can cast their ballots, or will we adopt proportional representation to allow Jerusalemites to vote wherever they like, within the [Separation] Wall or outside it? Or should voting in Jerusalem be considered part a matter of resistance, whereby ballot boxes are placed in al-Aqsa Mosque, the Church of the Holy Sepulcher, and schools within and beyond the Old City?

It is also pointless to talk about holding elections and then backpedaling time after time, or proceeding with them while the split persists, as if this were a minor detail irrelevant to the electoral process. It is also pointless to hold them in the absence of a unity government that provides a climate of confidence and respect for human rights and freedoms, combats corruption, and unifies our institutions (especially the judiciary, which will adjudicate in the event of disputes, fraud, or refusal to respect the outcome). Security services and civil servants must be consolidated, revamped, reformed, and organized under one command, one PA, and one arsenal, with an agreement for the resistance weapons to fall under a single army or obey one authority, one strategy, and one leadership.

It is not reasonable to focus only on elections and deem them to be the first step when the matter is not in our hands alone. With the split, this is also in the hands of the occupation, which – whether we like it or not – is a major player that can prevent, allow, or interfere in the electoral process at various stages. This remain the case as long as we remain ununited, divided, and incapable of thwarting its intervention amid a climate of mistrust between the two sides of the split and the people, leadership, and forces, and under the framework established after 14 years of division and the political, legal, economic, security, and intellectual interests and circumstances it has generated.

I am at a loss as to how some can argue with complete confidence that occupation will allow the elections to be held when we know the extent of the current Israeli government's extremism, racism and aggression and its harmony with the Trump administration, which will not pressure it to hold the elections as it did last time [under President George W Bush] should Trump win, and will not necessarily submit to the U.S. administration's push to permit Palestinian elections should Biden win.

The Netanyahu government may permit elections to take place while continuing its usual interventions by arresting whichever candidates and winners it pleases unless we refrain from nominating icons, resistance fighters, and boycott championers in several causes, including whenever Israel believes that the elections serve as a platform to deepen the Palestinian split and enshrine it in perpetuity, and to consecrate Jerusalem as Israel's eternal and united capital, or whenever the elections serve to legitimize the new PA that they will attempt to create to suit this phase of Trump's vision, annexation, and normalization.

In short, the Palestinian situation is undergoing an exceptional phase, with greater dangers threatening it than ever before. This should not be dealt with lightly, or with stalling, selectivity, or experimentation.

There is still a large window of hope if unity is achieved based on taking a joint stand against Trump's vision, annexation, and [Arab/Israeli] normalization, provided that unity against the occupation is achieved as a priority to which other issues are subordinate, including the elections, such that imposing them is contextualized as part of standing up to the occupation.

Those who claim that achieving unity is impossible and call for elections as if they were a magic wand that will remove all obstacles, regardless of whether the conditions are met to hold free and fair elections whose results are respected in the context of the Palestinian people's liberation struggle may as well be urging us to leap into the abyss on the off-chance that there will be something to cushion our fall and prevent us from dying on impact.

In recognition of the specifics of the Palestinian situation, an agreement was reached on full proportional representation and forming a unity government after the elections, but under the [factional] quota framework. (Would it not be a million times better to form it before the elections to provide a climate of confidence and prevent misadventures and surprises?) But this is not enough; other issues must also be addressed, especially an agreement on a unified strategy and leadership, the PLO, partnership, and Gaza's isolation.

There can be no unity and no elections without a consolidated PLO and a single PA, or measures that will inevitably result in achieving that.

The fact that the new commendable unification attempt began with an effort to unify the battlefield and popular resistance against the dangers amid the ongoing split raises alarm bells. At first we said that there is nothing wrong with this as a positive step that will lead to another on the path to ending the split, but it merely resulted in rallies and pompous declarations of the establishment of a unified leadership for the popular resistance, then suddenly shifted to a unilateral call to convene elections in an open attempt to postpone a resolution, which should not be postponed without the factions holding a national dialogue among themselves and with the people (much as they did with the secretary-generals meeting) so as to agree on a national vision and agenda for this phase.

There is talk of a joint list or lists with specified ceilings for Fatah and Hamas, but that will not work, especially if not preceded by a change in approach, because it is a recipe for failure given the potential agreements on shares, rankings, etc. Moreover, it does not embody the essence of democracy and elections: To protect pluralism, competition, and the freedom to choose between multiple options and lists under a unified national framework. It consecrates division, quotas, and bilateral polarization, indicating a fear of the ballot boxes, an eagerness to ensure factional quotas (especially along bilateral lines) and hold elections with guaranteed results.

Those who claim that the comprehensive package solution that I and many others have proposed is unattainable should recognize that ignoring the causes of a terminal illness that is endangering a patient's life cannot be remedied by popping some aspirin, does nothing for his or her wellbeing, and is akin to performing an appendectomy on someone who requires brain or open heart surgery. The internal and external causes that prevent unity will also prevent free and fair elections whose results will be respected and that will empower the Palestinians. This calls for us to have the necessary awareness and will to overcome obstacles instead of stalling in addressing them, leading them to subsequently explode in our faces.

What we need is a new, strategic vision, a single leadership, true partnership that defers to the people via the ballot boxes whenever possible and a national accord struggle armed with a new vision when elections cannot be held, and a strong, conscious will. We must build and consolidate all our institutions on this basis, and if it is impossible to realize all this quickly, each step must be judged based on the extent to which it facilitates achieving the most possible on the path to achieving it all.

Elections cannot be a positive step if they are merely the prelude and not the final product, or the end and not the means. Rather, they must occur within a comprehensive package executed alongside them in a balanced and synchronized manner, whereby everyone collectively participates in full partnership and everyone wins, with no victors and no vanquished.

"A broad, representative national dialogue can be immediately initiated at home and abroad between the various forces and sectors, with youth and women's representatives, culminating in a national conference to discuss the national charter, a unified strategy, the foundations of partnership, and how to build the PLO's institutions to include all shades of the political and social spectrum and transform the PA," concludes Masri. 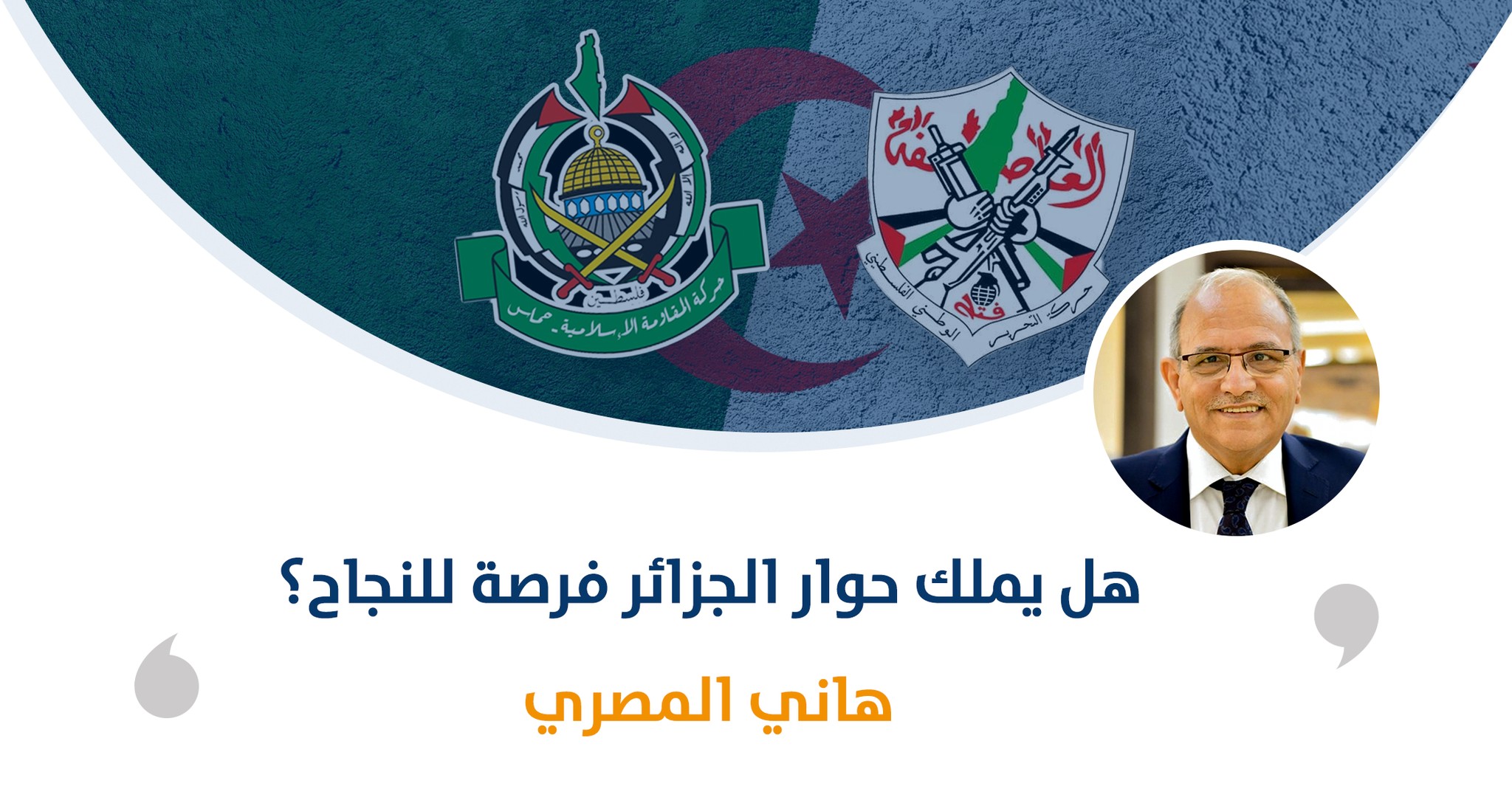 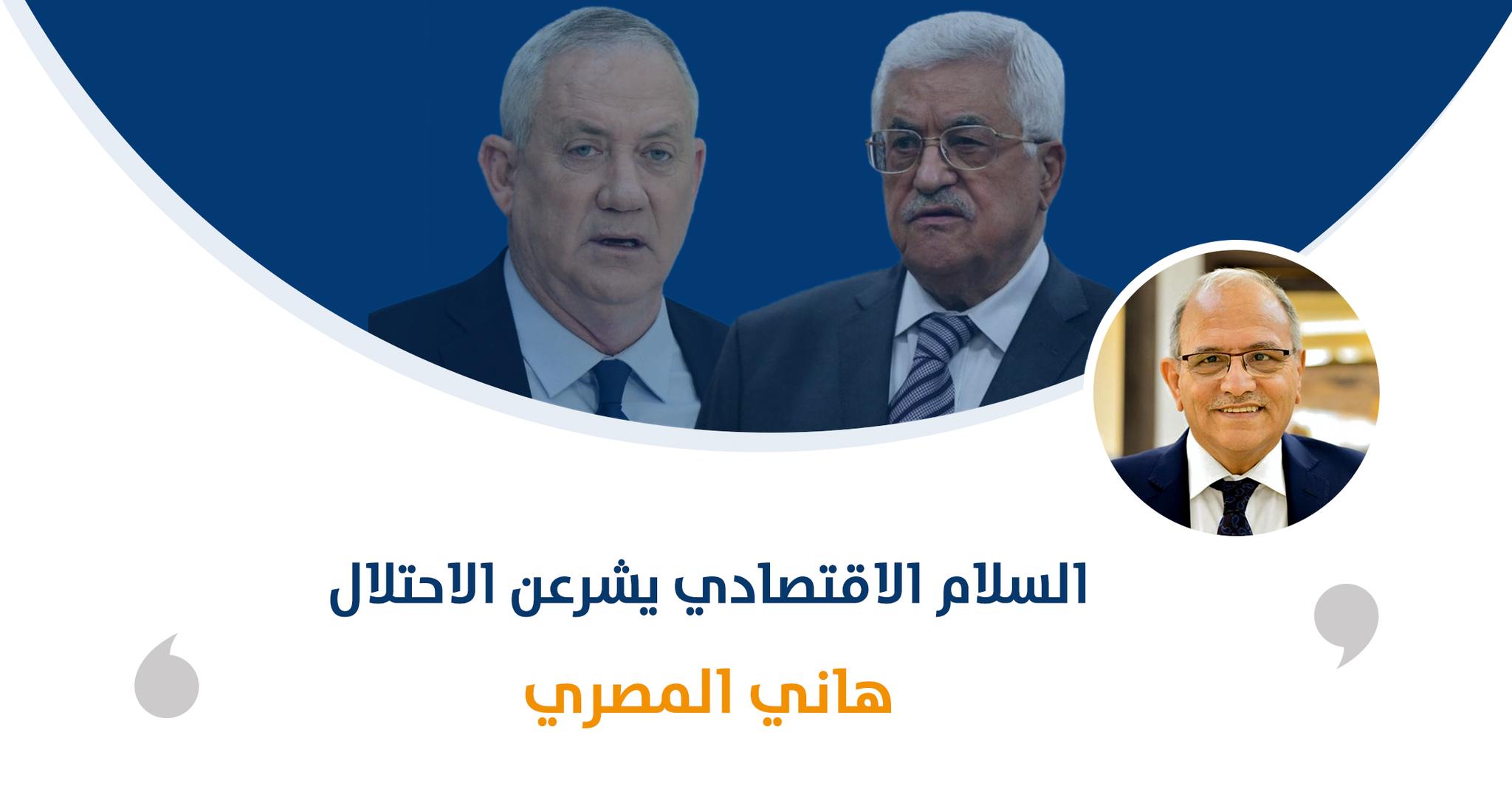 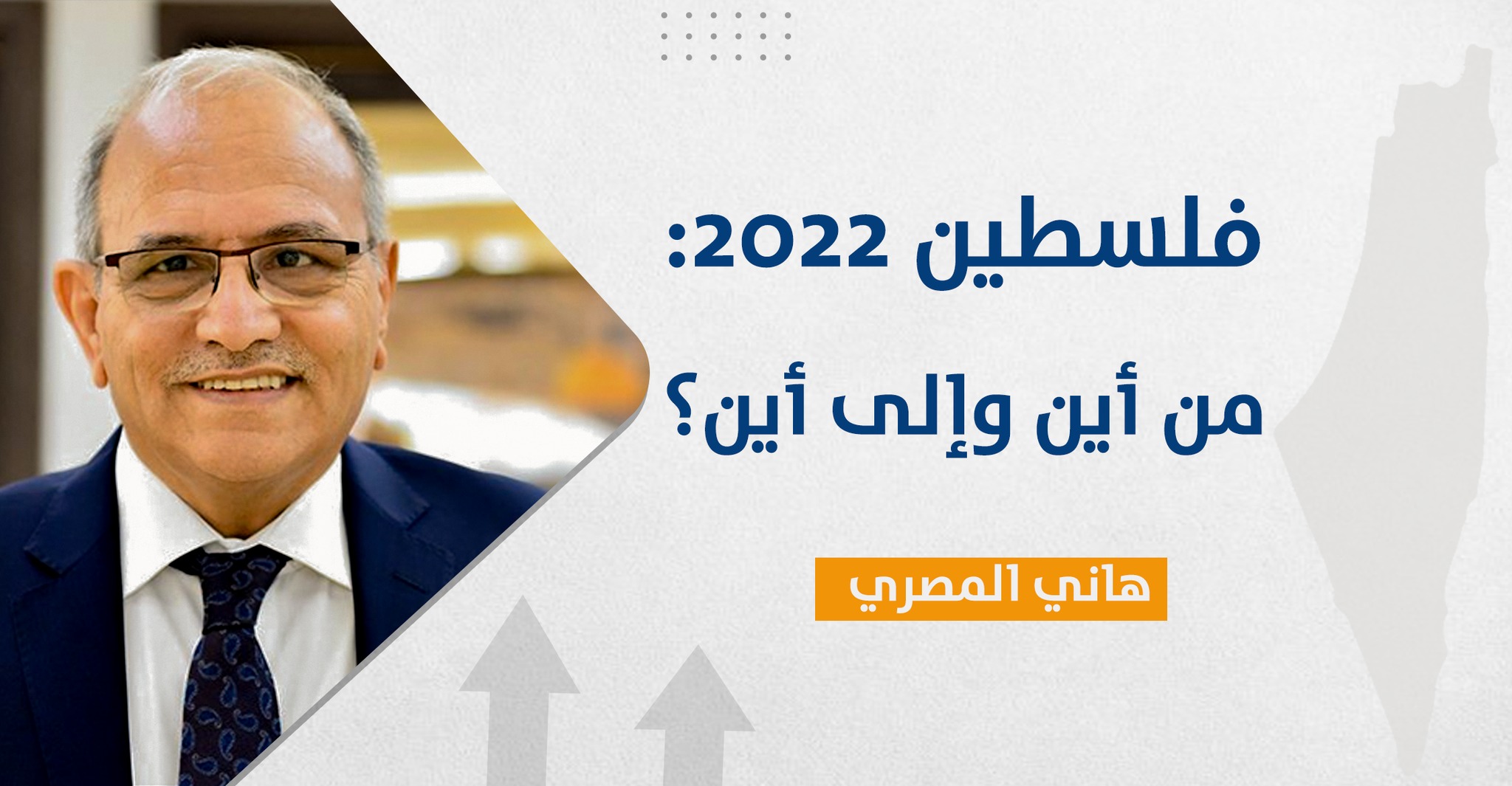